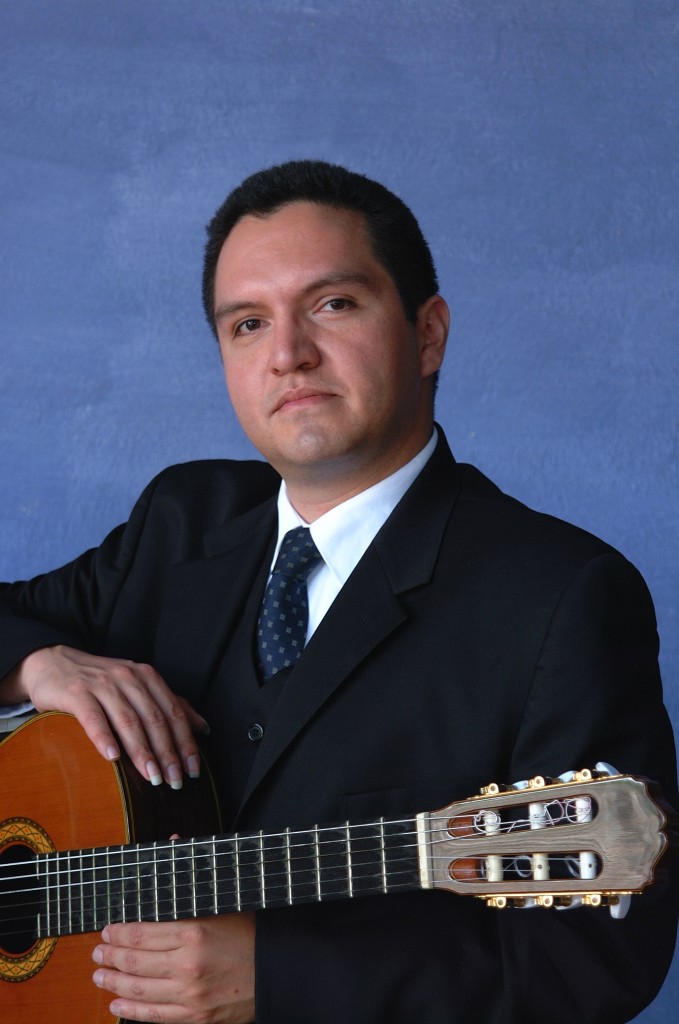 Born in Mexico City, Dr. Ricardo Paz has performed throughout Mexico and the United States, including Weber State University, University of Utah, Brigham Young University, Utah State University and Springville Museum of Art in Utah among others. Dr. Paz has appeared on National Public Radio in the United States. Dr. Paz has also been an adjudicator for the prestigious Guitar Foundation of America symposiums in both Phoenix and Las Vegas in the college categories.

Street Magazine has described his playing as “Full of precision, delicacy, and pure clarity. It was a privilege to see and hear this performance”.

In addition to his performing career, Dr. Paz is the guitar program Director at Phoenix Elementary School District #1 and founder of the Herrera Panther Guitar Ensemble. In 2015, He developed and hosted the first Phoenix District Guitar Festival http://phxschools.org/herrera/school-news/herrera-hosts-the-first-guitar-festival-in-phoenix/, where students ranging from elementary school to graduate school performed for the community.

Dr. Paz started studying guitar at a young age in his native Mexico with Luis Robert and the Argentinian concert guitarist Manuel López Ramos. Dr. Paz studied at the National School of Music of the National Autonomous University of Mexico where he obtained a Bachelor of Music Degree under the guidance of Juan Carlos Laguna.

He holds a M.M. and D.M.A. in Guitar Performance from Arizona State University where he studied with the internationally acclaimed guitar professor Frank Koonce.

He also won the prestigious Mexican National Fund for Culture and Arts scholarship for postgraduate studies abroad on two occasions.

He resides in Albuquerque, NM since 2018 with his wife Fanny and his son Leonardo.